The goal of this project was two-fold. First, we wanted to redesign the Golf Burnaby website with a user-centric focus to increase use and engagement. Since Golf Burnaby is a revenue generating golf entity, operated by the City of Burnaby, the business case for investing in a new website met little resistance in comparison to other city departments. The golf facilities featured on the website include: 2 full golf courses, 2 pitch and putts, 2 driving ranges, 4 pro shops, private and semiprivate lessons (for both adults and children) and 2 clubhouses. Services at the facilities include corporate tournaments, weddings and golf club events.

The data from these activities was then analyzed (via affinity diagramming, data triangulation, personas and user mapping) to define our business problems and inform our design and user experience goals. 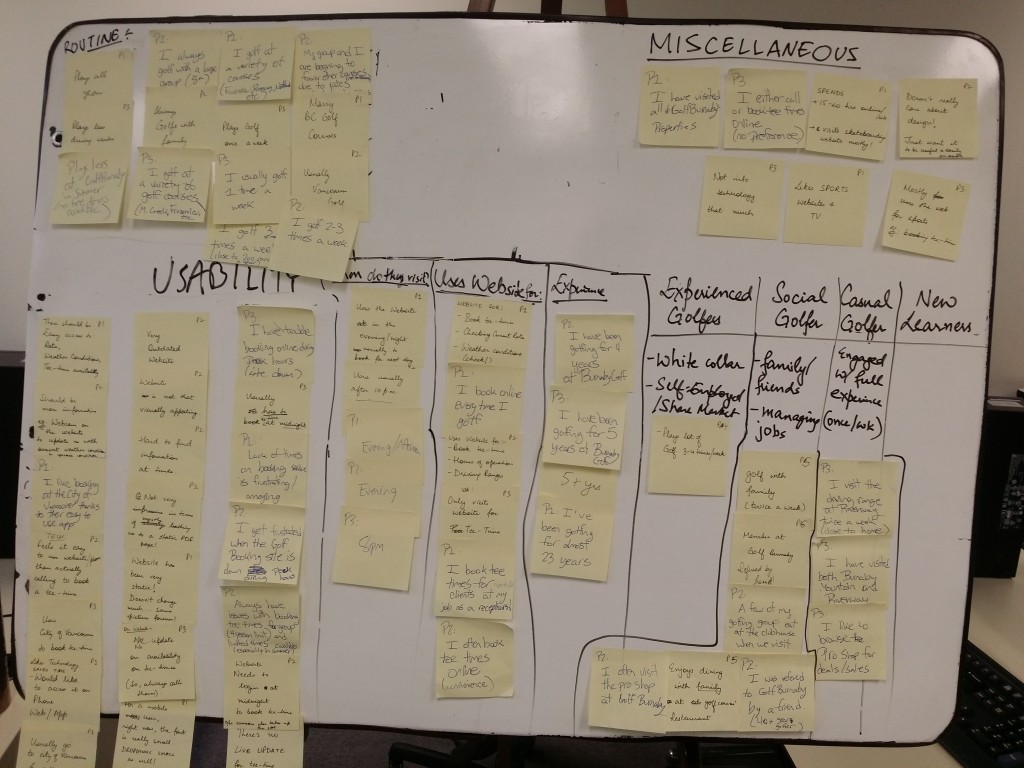 Secondly, as this would be the first time the City of Burnaby has developed any software application using a user-centric approach, we used the project to serve as an example for other internal departments of the success that can be achieved by adopting a user-centric, agile approach. That is, it was our intention to provide an alternative solution to the city’s current web development process which is described as “building first, then having their users adapt to the system” (top-down). The project allowed us to not only create an example of a successful user-centric design, but also to gain advocates with the Golf Burnaby employees (whom we heavily involved in the process), and to change the top-down culture for systems deployment at the city.

Perhaps the most notable accomplishment was the depth of inquiry we took to understand our users. This, we believe, provided us with deep insights and ample user examples when we presented to Golf Burnaby resulting in extensive buy-in for the project. For example, through our user research we identified a need to create a hole-by-hole interactive map for the main golf courses. This functionality, as far as we are aware, is the first of its kind for a golf facility, either public or private in the world. Our development process was highly innovative as it included a holistic representation of user-centric design from the beginning of the development process. We elaborate on this further in Question 13 below. We also leveraged an open source CMS platform, which is a first for the city. Traditionally, the city undertakes a formal procurement process, involving an extensive, lengthy, RFP process, bidding period, and final selection. Choosing to go this route introduced an innovative approach to the use of technology and also reduced the time required to begin the project.

We truly believe that the citizens of Burnaby will benefit the most from this website. The obvious examples include a clearer functioning website, which will allow users to learn about the city’s golf facilities and services. The second maybe not so obvious gain is this project’s contribution to a change in the culture of web development for future web projects, as described above and the positive impact this could have on citizens of future applications. The use of inter-operable data platforms, open source solutions, social and mobile service delivery channels and an innovative digital experience methodology was instrumental in the success of the project. 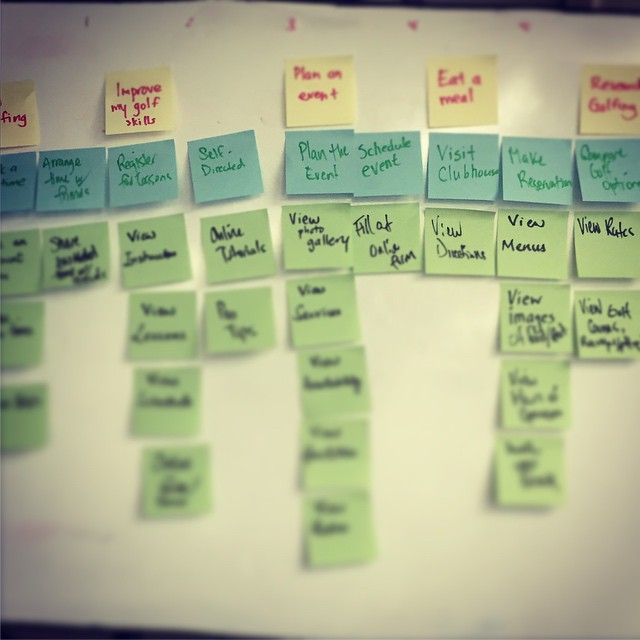 The Digital Experience team who worked on this project consisted of 2 User Experience (UX) designers, 1 UX lead, 1 project manager, 1 visual designer and 1 developer. The entire process was completed over 3 months with each employee dedicating between 8-16 hours of work a week. Project planning and initial research was done in February 2015, IxD (wireframing, visual design) was completed in March 2015, and development (including prototype and simulation usability testing) was completed in April 2015. A key component to our success was planning and executing on a rapid and diverse research plan. That is, we spent our time collecting data from multiple sources and less participants following Neilsen’s theory that “the best tests come from testing no more than 5 years and running as many small tests as you can afford” (Nielsen, 2000). While agencies have used this general concept in the past, we claim this is the first example of a government website utilizing this concept, especially in regards to the sheer number of user research methods employed and informing the design. This large scope of methods was possible because when we analyzed the data we avoided time consuming data analysis techniques (such as transcribing and grounded theory) and focused on more agile techniques (such as affinity diagramming, user maps, and persona development). We believe if the analysis would not have been so rapid, buy-in to the project from the Golf Burnaby staff would have decreased. Further, cost to perform this analysis would have easily doubled and feedback to the Golf Burnaby team would have been delayed. 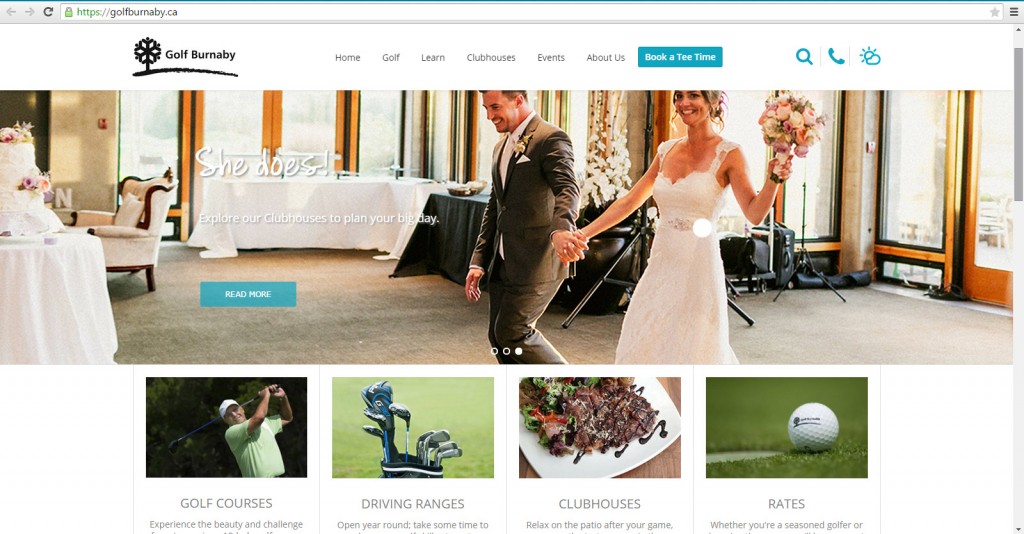